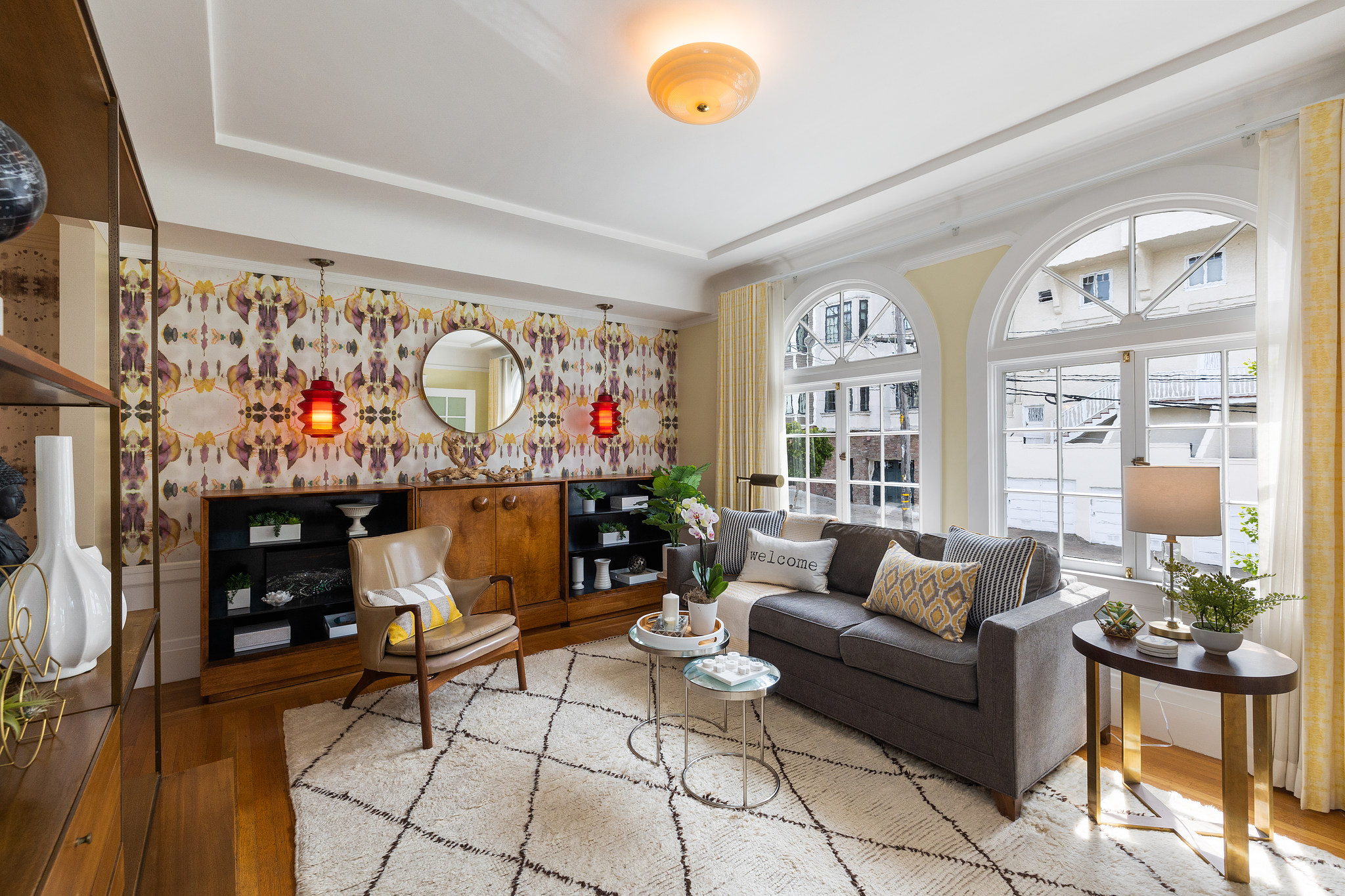 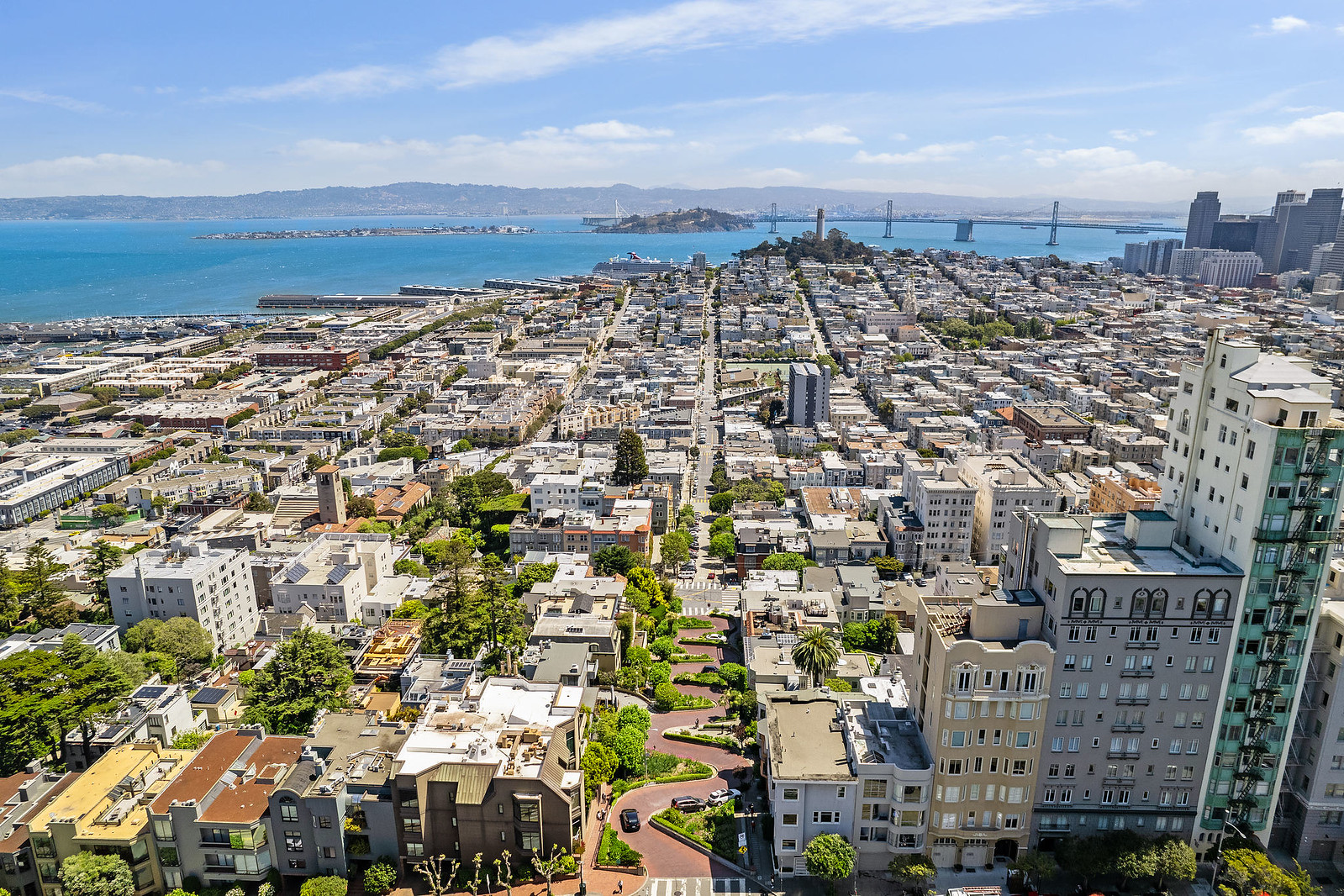 An enviable sanctuary in the City, 2142 Leavenworth welcomes you!

This delightful home in a 4-unit, boutique building will charm you with its stylish period details that seamlessly blend with modern amenities. The building’s architectural walkway and entry leads to your own private entrance hidden from the street.

The foyer invites you into an extensively renovated flat.  Natural light streams in through the large, original arched windows beckoning you in.  Enjoy comfortable living and effortless entertaining with the thoughtful floor plan.

The entry opens to a bright living room and airy bedroom.  Plus, it offers easy access to the kitchen and dining room.  The cheery living room, updated dining room and renovated kitchen flow easily into each other. This sophisticated home is outfitted with top, energy efficient appliances, custom walnut cabinetry and designer finishes.  Bathed in sunshine, the spacious bedroom is complete with a walk-in closet.  Leave the French doors open for an open concept feel.

Unwind in the freestanding soaker tub featuring a soothing rain showerhead.  Or, escape to the serene shared rose garden and get lost in the sweeping city and bay views, showcasing Coit Tower and the Bay Bridge.

On a quiet tree lined block, this elegant building has a straight sight line of Alcatraz down Leavenworth Street.  In the desirable Russian Hill neighborhood, it’s rated both a Walker’s and a Rider’s Paradise boasting a 95 Walk Score and a 93 Transit Score.

Designed for modern day, centrally located with the City within close reach...2142 Leavenworth is a true gem!

Own a piece of beautiful San Francisco!  Now is a great time to buy while mortgage rates are still historically low and before they continue to rise.

Both Wells Fargo and Bank of San Francisco offer a variety of competitive mortgage solutions, including fixed and adjustable rate loans.  For a free, no obligation consultation, reach out to either loan officer to discuss your financing options so you can own this amazing Russian Hill home! 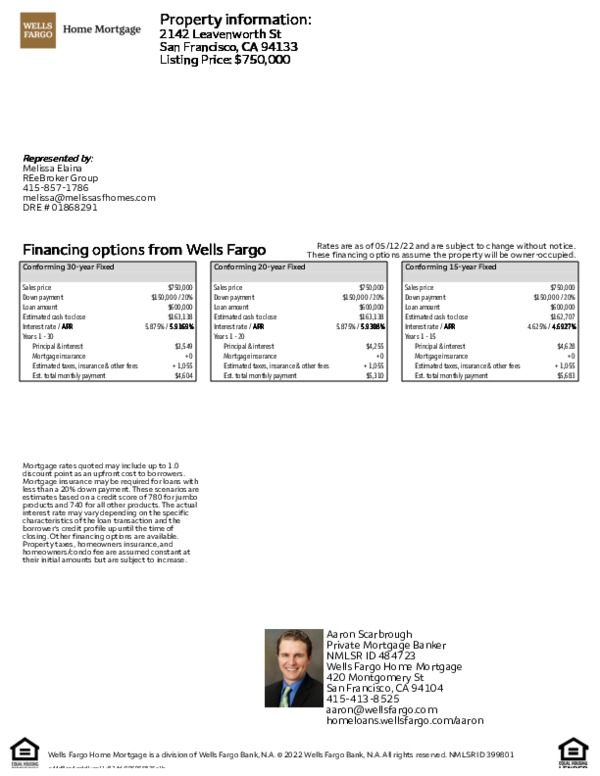 Designed with a thoughtful layout, this spacious 1-bedroom home is the perfect retreat from urban living.

***Please note that the floor plan drawing is not to scale
and is for illustrative purposes only.*** 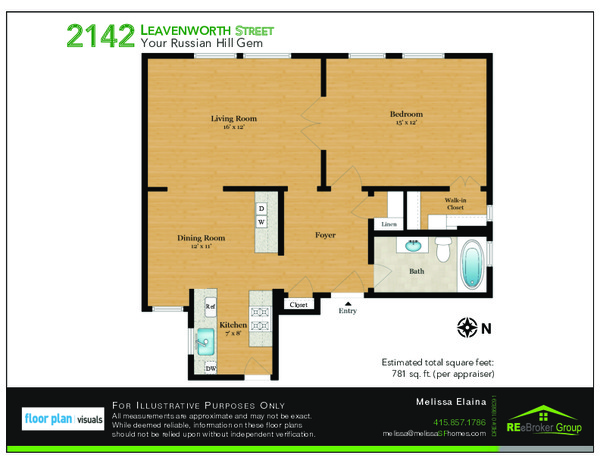 Breathtaking views, palatial houses, and home to the Lombard, the crookedest street in the world, the Russian Hill neighborhood is as unique as it is beautiful. Russian Hill homes feature an eclectic mix of architectural styles and influences. From Spanish Colonial mansions to century old row houses and everything in between, there is a home or townhome for every taste and sensibility.

Surrounded by some of San Francisco’s most popular neighborhoods (Pacific Heights and Marina to the west; Fisherman’s Wharf and North Beach to the north/east; and Nob Hill and Chinatown to the south), there is no shortage of fun activities and landmarks to explore when you live in Russian Hill.

Locals enjoy the hillside garden climbs, the exquisite tiny parks, and The First Swensen’s Ice Cream Store, the classic ice cream parlor found at the corner of Union and Hyde. There is a delicate European flair to many of the boutiques and restaurants found along the lushly green streets of Jackson, Union and Hyde.

If shopping is on your list, don't miss the many delightful boutiques dotting Polk Street between Union and Broadway. Between the great food and even better shopping, Russian Hill will never disappoint!

Fisherman’s Wharf is a popular place for both locals and tourists to spend their leisure time. A short walk from Russian Hill, many visitors like to start their day at Fisherman’s Wharf with a visit to the Maritime National Historical Park. Enjoy a walk through the Maritime Museum followed by a history lesson through the various historic vessels located along Hyde Street Pier. After a day of sightseeing, locals love to grab a bubble tea at Quickly or enjoy a delicious basket of fish and chips at Lou’s Fish Shack.

Despite the hairpin turns scattered throughout the neighborhood, Russian Hill remains a very walkable urban landscape. The Financial District and Civic Center are about a thirty-minute walk, depending on which part of the neighborhood you’re in. However, there are several Muni routes that pass through Russian Hill which can get you to these areas in about the same time with less walking.

If you enjoyed this virtual tour, I am confident you will be delighted by this charming home in-person.
Please come for a visit...I look forward to seeing you!

Please contact me to schedule your private showing or to request Property Disclosures.